It’s been nearly six years since Deathcult‘s highly acclaimed debut album, Beasts of Faith, jointly released by Invictus and Iron Bonehead. A long-brewing work given the band’s formation in 2010, Beasts of Faith nevertheless evinced an ageless wisdom through timeless, terrorizing Metal of Death. Stout songwriting reigned supreme, as did a more thoughtful integration of the band’s noble influences from the late ’80s and early ’90s, altogether combining hooks and crunch into a dervish of malevolent (and immediately memorable) energies.

Never ones to rush their art, Deathcult once again emerge from the shadows with their second full-length, Of Soil Unearthed. All but a few seconds in and it’s recognizably Deathcult – filth, fury, heaving hooks, gut-churning crunch – and from there, the quartet dole out eight titanic tracks that span a surprising wealth of dynamics whilst remaining firmly within the classic death metal pantheon. The production, in particular, heightens the hideous energy coursing through Of Soil Unearthed, proving that truly morbid – and truly physical – DEATH METAL is alive and undead, and that steely-eyed professionalism need not dampen authentic underground spirit. In fact, it’s not remiss to suggest that Deathcult here could’ve been time-warped from 1993, so thoroughly ingrained is the band’s eternal DNA…but there likewise exists a certain ceremonial aspect to Of Soil Unearthed that puts the record into rarefied territory.

An evil shade of grey under the sign of the black mark, Deathcult explode with a brilliantly doomed new palette. Of Soil Unearthed will bury all and sundry!

Begin burial preparations with the brand-new track “Swine of Oblivion” HERE at Invictus Productions‘ Bandcamp. Cover and tracklisting are as follows: 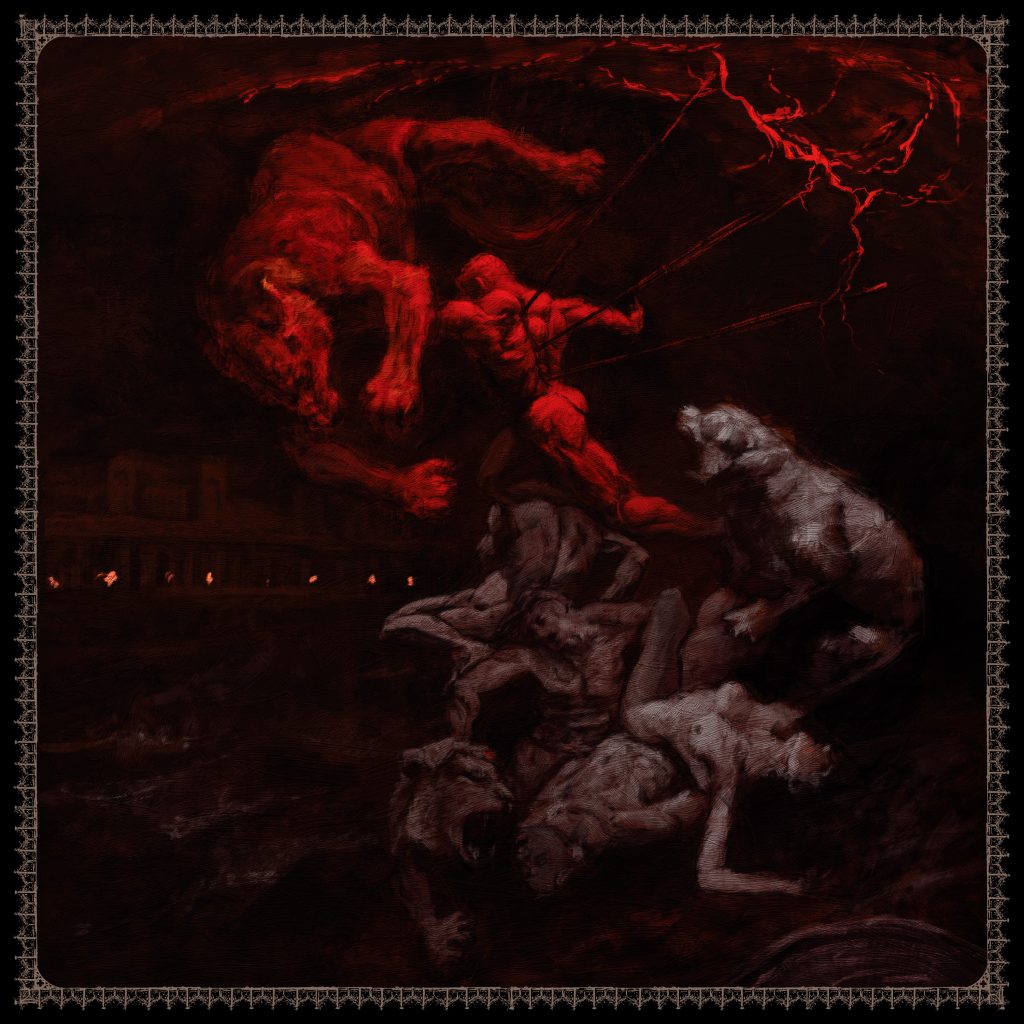