A brand-new entity hailing from Gothenburg, Sweden and featuring Ensnared drummer J.K on drums, Avlivad nevertheless make their presence felt – with FULL fucking FORCE – with their debut recording, fittingly self-titled. Swarming in its intensity, scabrous in its execution, and yet somehow dynamic despite this OTT attack, Avlivad masters myriad energies of death and spits them back at the listener, helplessly in thrall to this tornado of souls. Avlivad‘s death metal is no doubt grounded in all the madness & mysticism of the ancients, but the bristlingly morbid melodicism here puts the band in rarefied company; just witness the climactic closer, “And You’ll See Me,” and try NOT having those notes haunt you for days…

Grimy and gutted and teasing the threshold of chaos but masterfully not stepping over into the abyss – not fully, anyway – Avlivad‘s debut demo is a foul first strike portending more greatness to come. 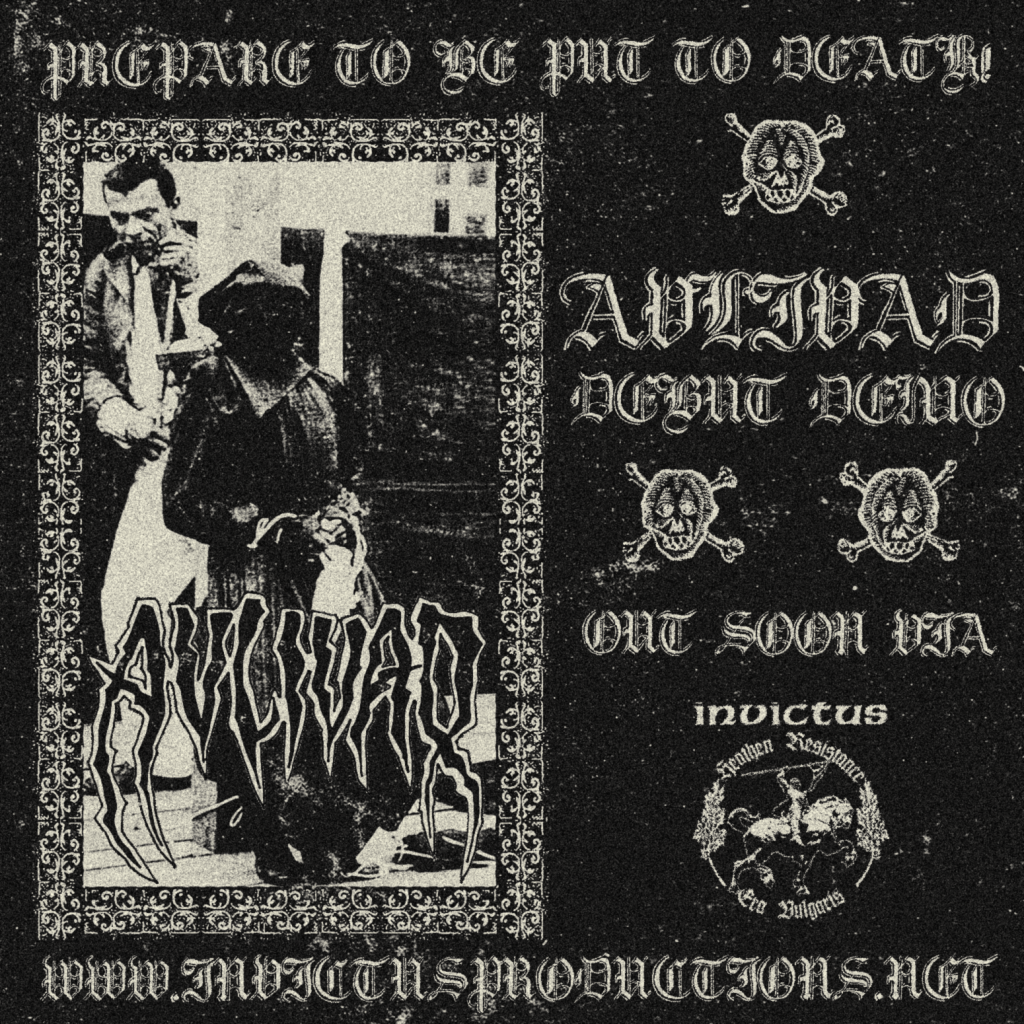