Seattle’s sleaze n Satan merchants Slutvomit see their sophomore album subtly titled ‘Copulation of Cloven Hooves’ released worldwide today, Friday October 4th on LP/CD and digital. You can listen to it on Bandcamp, Spotify and all other streaming platforms worldwide.

The album is available for order on CD, limited red vinyl and regular black vinyl. All editions will ship late September in time for the release date. Click on images below for links. 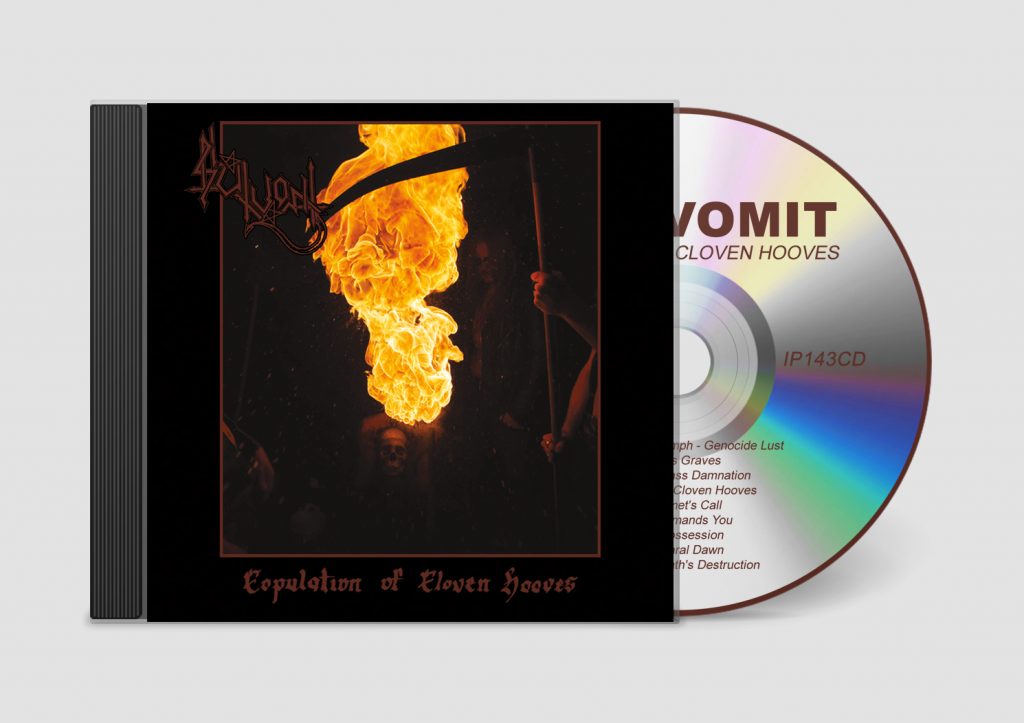 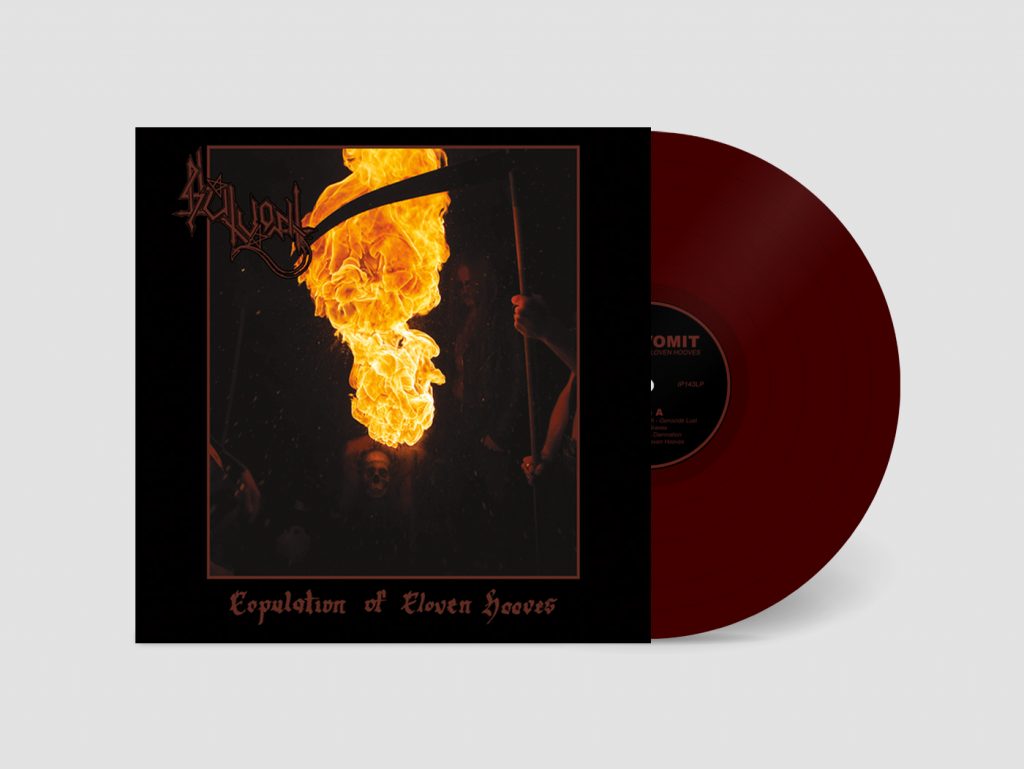 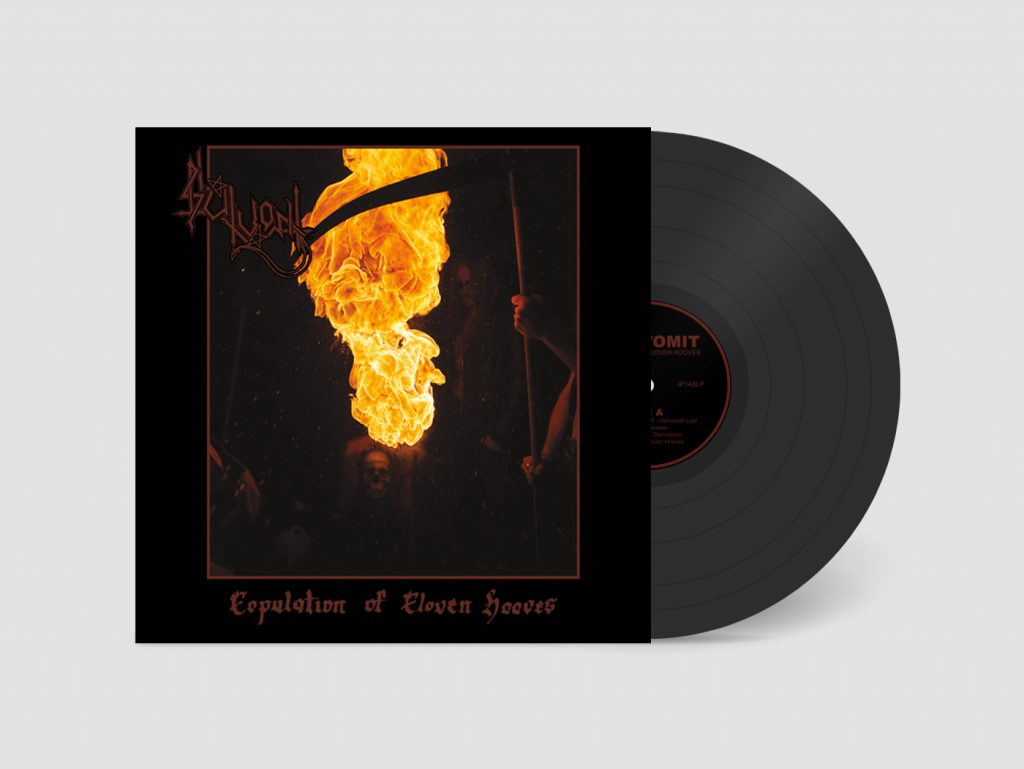 “In the current scene of weak as fuck Comedy Central sponsored tours and ironic satanic cartoons, “Copulation of Cloven Hooves” bursts through the cloud of shit with a reminder that evil and darkness still exists. Buzzsaw guitars, howling vocals, thunderous drums and roaring bass are presented with a rude attitude snarl of crush the weak.”  VM-Underground webzine. 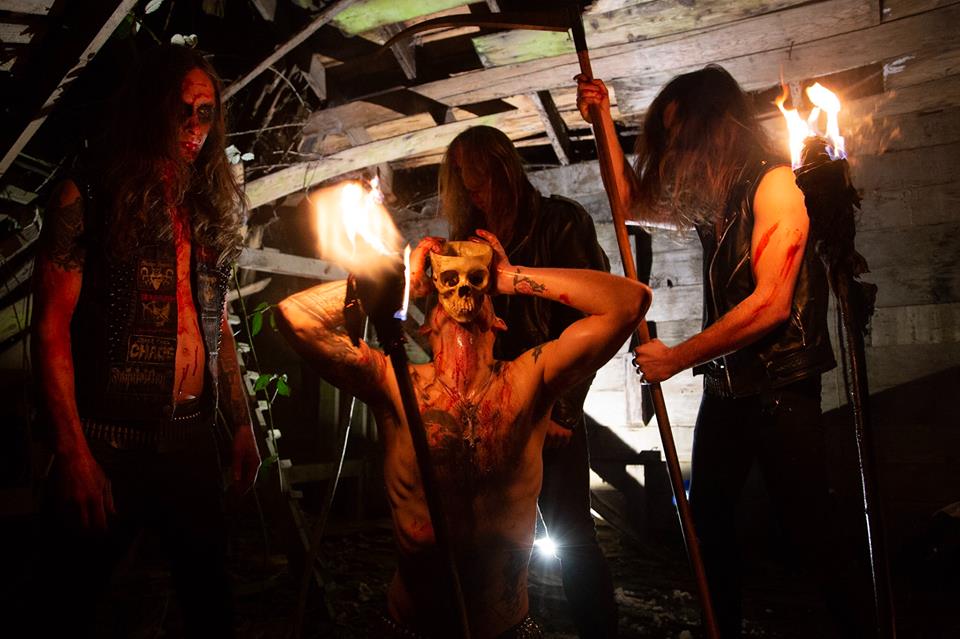 It’s hard to believe that the first SLUTVOMIT album, Swarming Darkness, is already six years old. Back then, the Seattle power-trio blasted out of the underground with an exceptionally violent strain of black/death METAL steeped in the eternal power of the ancients. Names like early Possessed, Morbid Angel, Incubus, and Necrovore were invoked, and the legions saw that it was good and unholy: truly, Swarming Darkness lived up to its title, and then some. But then, darkness descended and the name SLUTVOMIT receded into the shadows.

Feral beasts forever lurk, and once again under the aegis of INVICTUS do SLUTVOMIT arise from their vile slumber with a second album to soundly silence the ever-growing hordes of weekend warriors and beta males comprising the nowadays “underground.” Smirkingly malicious, it bears the name Copulation of Cloven Hooves, and indeed does it likewise live up to its lewd ‘n’ lofty title. Immediately present and accounted for are all the rude rudiments that served as Swarming Darkness’ foundation – unhinged momentum, berzerker solos, sulfurous atmosphere, vocals spit forth with bile and belligerence – but now expanded to a quartet, SLUTVOMIT flex newer (but still requisitely OLD) songwriting chops. Like masters, they parcel out their ultraviolence with patience and nuance, forever in thrall to those fell powers of evil but rapturously harnessing them anew all the same. Put another way, SLUTVOMIT make a sideways leap not dissimilar to the one aesthetic forebears Nifelheim made from their self-titled debut to Devil’s Force. As such, the band continue to be deeply steeped in the ’80s, and true to that decade, they cut the album on reel-to-reel tape to make sure the conjuring of the spirits and spectres of Slayer, Morbid Angel, Sadus, and Possessed were all committed to the recording in as traditional a form as possible.

While Hell no longer awaits, heed the Baphomet’s Call and begin the Copulation of Cloven Hooves with SLUTVOMIT! 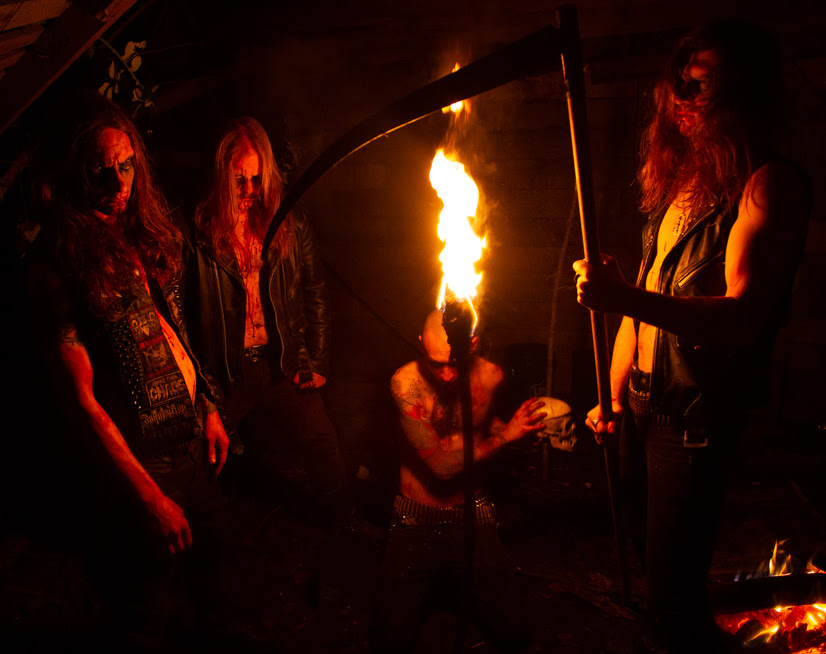