Lucifericon The Warlock of Da’ath CD out now!

Following the final delay of 2022, Lucifericon The Warlock of Da’ath CD is now in stock and shipping! Vinyl will be out in a few months! 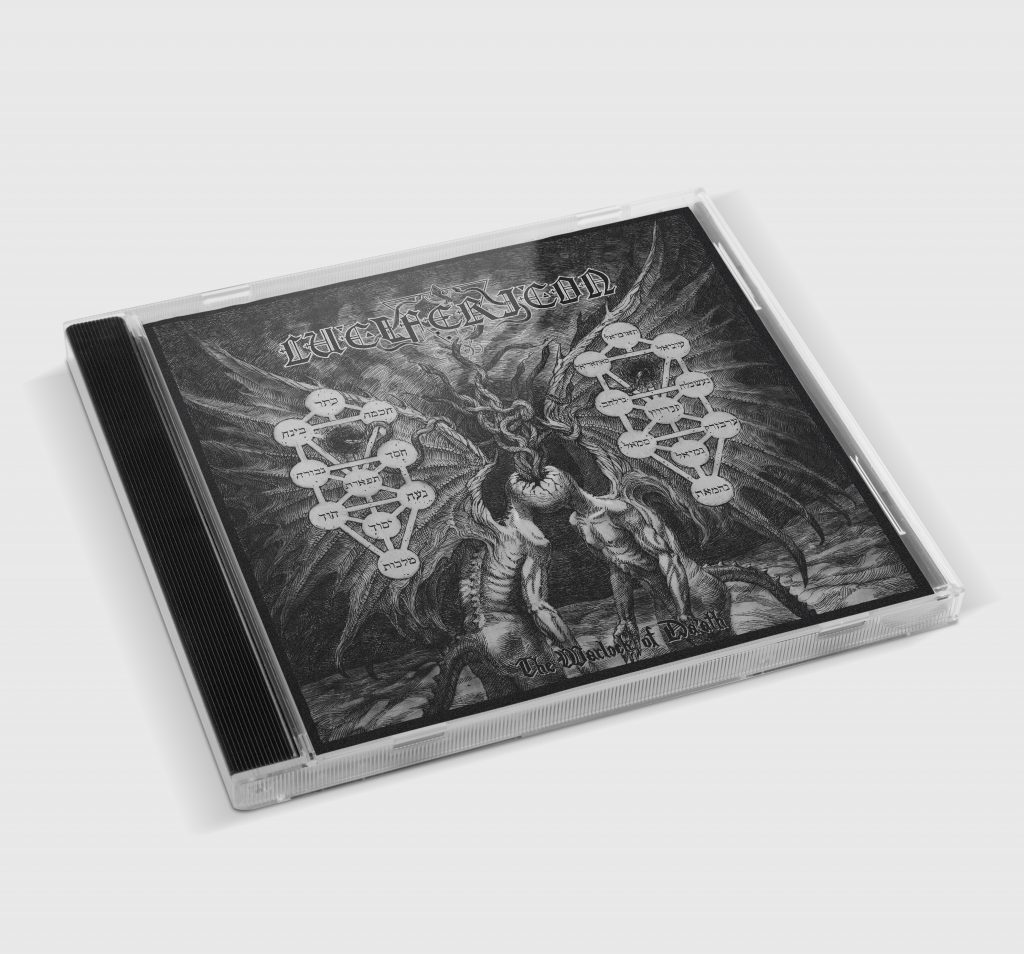 “After opening the sorcerous gate through Al-Khem-Me-cal processes on the previous album, we have again embraced every atom of the blackest mass to conjure darkness from a more cabalistic perspective…”

Indeed, LUCIFERICON’s Al-Khem-Me debut full-length displayed the full fathom of the band’s Metal of Death. While they’d teased with a couple short-lengths in the recent past, that momentous 2018 album created an endlessly slipstreaming (and endlessly fascinating) vortex of malevolence and memorability. It was death METAL forged in the fires of the late ’80s and early ’90s, but never was it blinkered by that all-too-considerable past.

And so it goes with LUCIFERICON’s second album, The Warlock of Da’ath. “Musically, we have always drawn influences from all corners of the musical abyss,” the band continue. There are noticeable differences compared to previous material, but we do not stray from our path. In fact we have deepened the path with even more layers than before. After shedding these layers of skin from the phenomenal world, this serpent called LUCIFERICON will reveal itself.”

Naturally, within that cauldron bubbles black metal and also doom, alongside that firm foundation of elder death metal. But the manner in which LUCIFERICON stir that cauldron makes all the difference; verily, it emerges as DEATH metal, but an incredibly nuanced and engaging form of such, shapeshifting (and subsequently mesmerizing) with absolute ease. Compounding this uptick in songwriting nous is the production on The Warlock of Da’ath: neither “old school” nor pejoratively new & sterile, this increased clarity simply heightens the intensity whilst revealing all those tastefully subtle details. Taken another way, the sulfurous fog swarms and swirls, slashing with ritual knives from the boundless shadows; the portent of doom is sealed and unassailable.

The Warlock of Da’ath starts with a warning, before devouring you whole with death, doom, and black metal…in the darkest form imaginable! LUCIFERICON have hereby eclipsed their not-inconsiderable past.