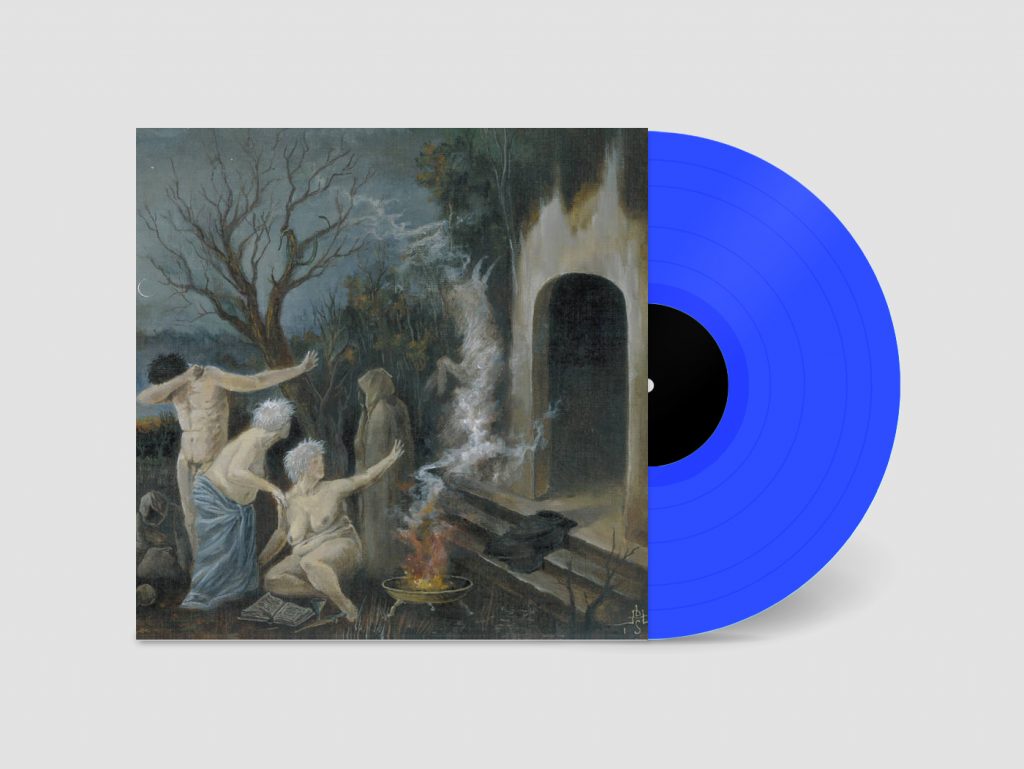 INVICTUS PRODUCTIONS, in conspiracy with DARK DESCENT RECORDS, is proud to present the highly anticipated debut album of Sweden’s ENSNARED, Dysangelium. A work of careful, continual evolution, ENSNARED’s Dysangelium is the fiery, fearless fruit born of conflict and strife, the descent into one’s self and ascent into the Beyond – beyond possibility, beyond doubt, beyond boundary.

As with all things born that are destined to die, ENSNARED has slithered and slavered, hungered and hated, corrupting those waves of air most precious to the ones with ears to hear, ever worsewards since that momentous year of 2010. Rehearsing, rearranging, and recognizing the infinite possibilities of failure, its firstborn tore its way out of its cunt and saw the greyness of the Swedish sky in 2011. As a demo, as the opening statement of intent and disorient, it bore the eponymous title of Ensnared.

The sum of its parts exchanged on numerous accounts, withdrawing withershins with wanton wounds: reorganizing, reconstructing, and returning to spew forth a second scorn in 2013, once again by the radiance of Nuclear Winter Records, it bore the title Ravenous Damnation’s Dawn. Wrought in somber soundscapes, the toil of its tilling bore fruit and bore calamity to calmness and an end to silence: ENSNARED killed, crafted, and descended to Hell’s Pleasure in 2014.

As with all things dying that are destined to live, ENSNARED has toiled and trodden on paths worn down by those before. Ever failing, ever finding new futility in the opulence of expression, but by the virtue of perseverance did the dysangelical take its form and was moulded in its fathomless form. It now bears the title Dysangelium, wreaking purulence in hearts perverse, as a full-length display of magicks harnessed and discarded.

Verily ENSNARED in its immediate sonic sensation(s) yet very much its own rancourous, cantankerous creation stripped of precedent, Dysangelium is an electric plunge into cryogenic labyrinths perversely coursing with molten lava. It is these very contrasts with which the band work their zealous magick, creating discordance in accordance with an iron will, gleefully given to slipstreaming mischief and malevolence alike. Death metal undeniably forms its foundation, ancient as it ever was, but bearing no tangible geography nor chronology; the genre’s continuum is a straight line, and ENSNARED’s path across Dysangelium zig-zags both above and below that line.

Where most bands take multiple records – if any at all, before inertia sets in for good – ENSNARED have already made their bolder/boldest strides forward (and maybe backward, twisting time to their own design) with the treacherous terrain of their debut album. Void terra firma and enter the void of Dysangelium.