DEATHWARDS wast spawned in mid 2017 by The Magus and Extravasation, driven by their passion for the early work of Slayer, Possessed, Morbid Angel, Incubus(FL), Slaughter Lord, Voivod and the likes, as sources of inspiration for the intense riffing that you’ll hear in this offering to the art of old.

After finishing a few tracks, The Penance joined as drummer to complete the fundamentals for this atrocity and its forthcoming abominations.

Later in 2018, after we recorded the instrumental tracks for the “Towards Death” demo, Hellavenger was invited to handle the vocal duties, which granted a recognizable old vibe in the sound. Unfortunately, after some variances, he left the band to focus on his personal projects.

This led us to realize that The Magus voice provided a darker vibe to the sound, which fitted the intentions of band perfectly.

The Usurper entered into the coven as rhythm guitarist before the vocal changes and after the recording of the demo he remains as apermanent member of the band.

This recording was made before Extravasation’s departure, who had to abandon the band due to personal reasons. These tracks remain as a legacy of this symbiosis which lasted for less than a year, but crafted the path we walk since then.

Recorded at Equinox Media, Rancagua, Chile.
No digital equipment has fucked up this recording. 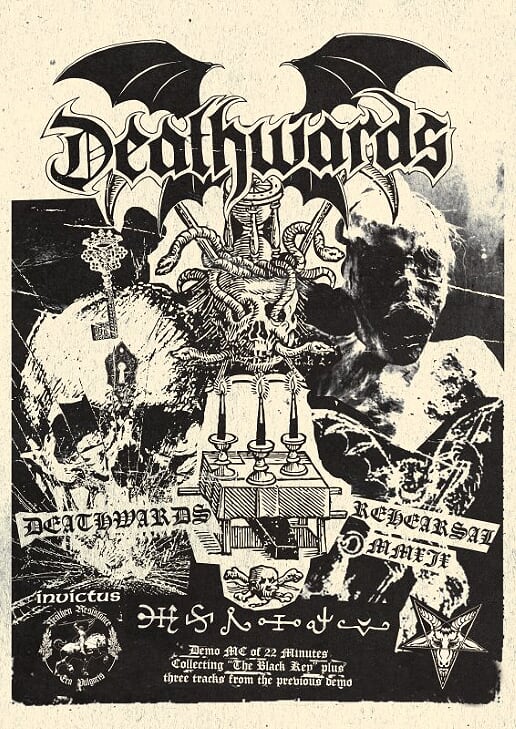